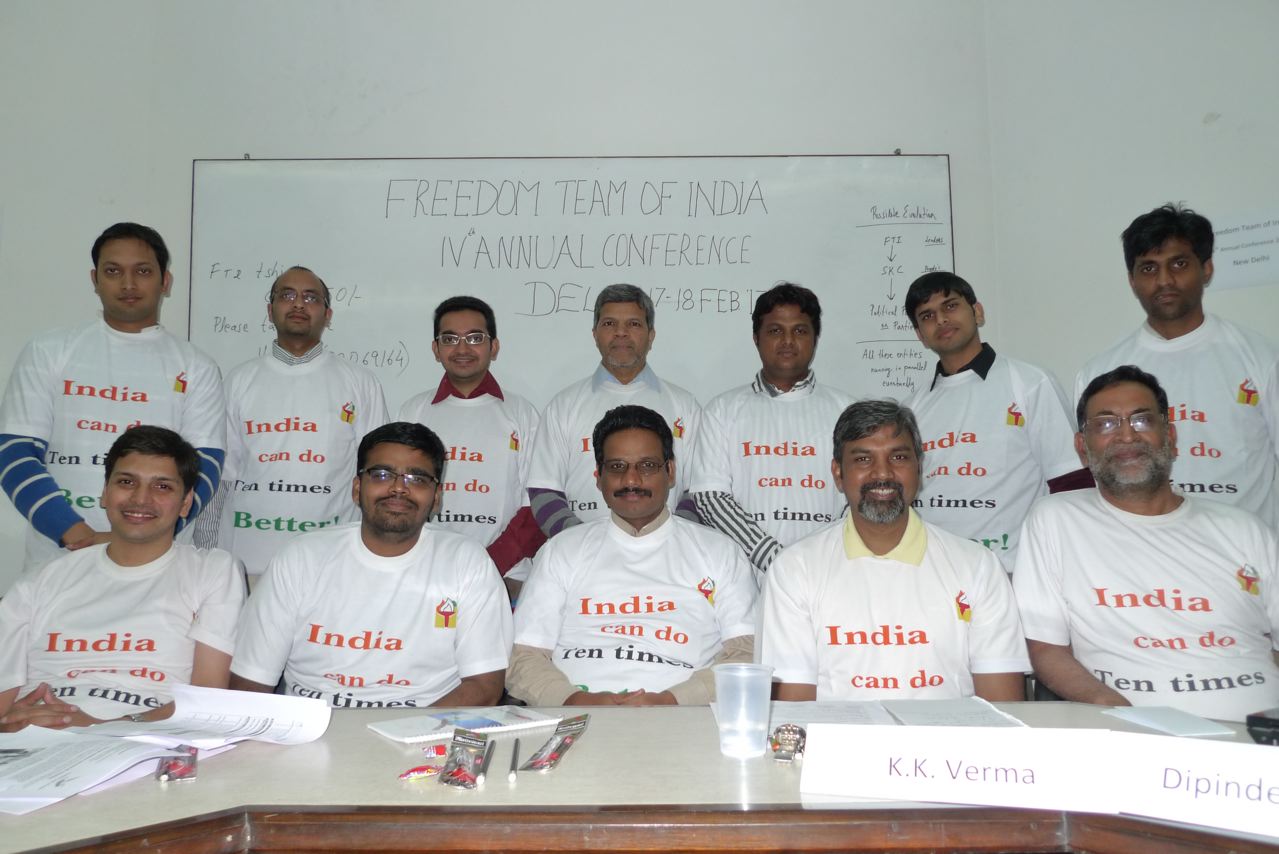 Welcome
Dipinder welcomed the participants and explained rules of conversation along with the housekeeping. Those present introduced themselves and reiterated their commitment towards nation building. Sanjeev Sabhlok welcomed all the participants of this year conference on Skype. He emphasized the critical role of building the Sone Ki Chidiya movement this year as key part of FTI’s next stage of development. A few salient points covered were –