I do hope Raghuram Rajan will not waste his time in India like Kaushik Basu did. I wrote to him a few weeks ago, introducing myself and suggesting we need serious reforms, but there was no response. Very busy man. No time to discuss reforms.

His first media conference was not very promising at all.

To suggest that "our population has become richer, a good thing and therefore demanded more sort of higher end food products like, milk, egg, meat rather than the old cereals" is absurd. It may explain a SLIGHT increase in demand, but not the current inflation in food prices. 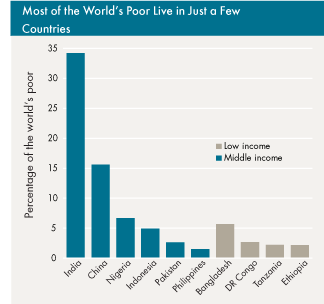 The reality is that MUCH OF INDIA'S FOOD is WASTED. It is allowed to rot because we don't have adequate storage and related infrastructure. [See Sajjid Chinoy's far superior analysis].

Second, the rupee is now almost worthless. Its purchasing power against the AUD show what's been going on: 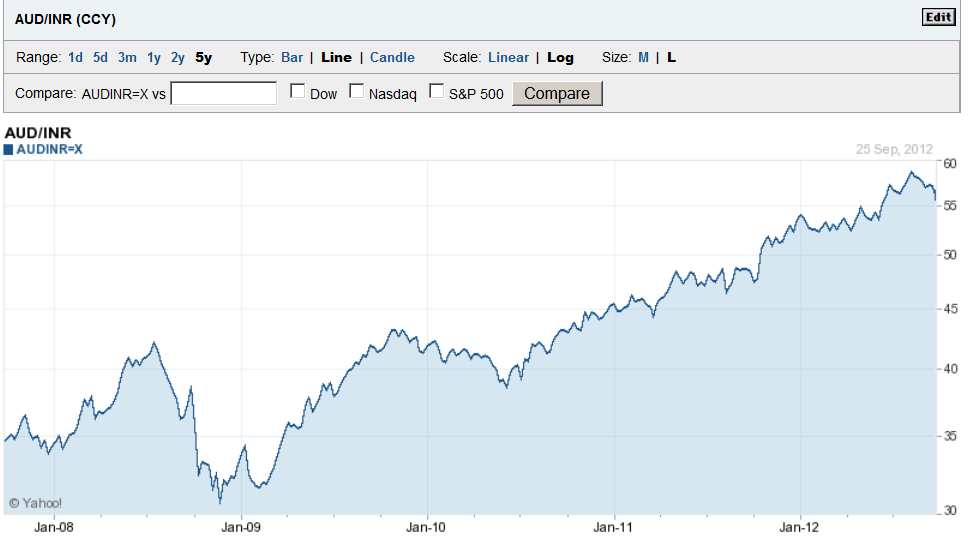 You could buy almost DOUBLE the food from abroad with the same rupee 10 years ago.

And internally, market constraints (farmers can't export even across states, leave alone abroad) of all sorts have CHOKED agricultural productivity.

MMS has allowed the choked up India to reach this stage where the poorest of the poor are facing HIGHER AND HIGHER FOOD PRICES, even as the black moneyed classes (which he firmly shelters and directly supports) are making hay.

I hope Raghuram will not become a stooge of the Congress party but will speak for India. He should NOT pull his punches and speak the truth as he sees it.

Else his reputation will get tarnished, like Kaushik Basu's.

I will send this blog post to him and if he is willing to discuss real reforms, I might change my mind about him. It takes a genuine person to take honest and well meaning feedback from others.

Let me just say that his first appearance on India's stage has left much to be desired. I expected more. Far more from India's Chief Economist.